You are here:Home-Application-Almond Processing Industry Report in Australia

I. Almonds Production in Australia

Australia is the world’s second largest almond producer, with 6% of world almond production behind the United States, which produced around 85% of the global crop. Due to the growing global demand and the drought in California, the main U.S. almond producing region, significant new investment has occurred in Australia, while the fall of the Australian dollar increases the exports returns. 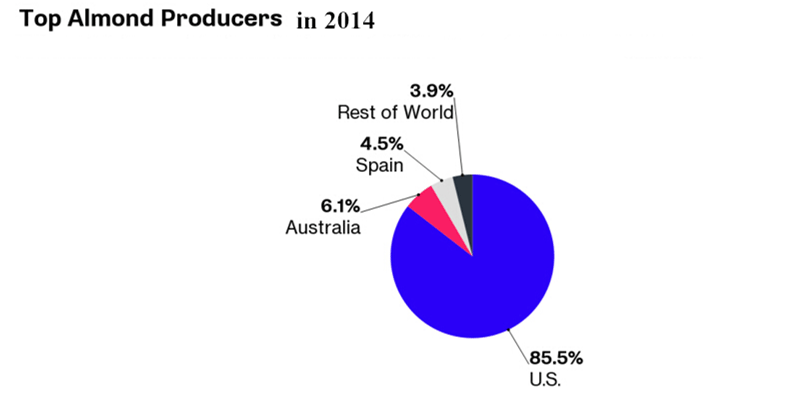 In 2014/15, almond production in Australia reached 75,000 MT, increasing from 16,000 MT a decade ago. The total area planted to almonds has increased to almost 29,000 hectares, with 80 percent planted over the past decade. With 4% of plantings not yet bearing and one-third of bearing trees not fully mature, the production of almonds will continue to increase.
Almonds were first planted in South Australia on Kangaroo Island in 1836. Now almonds are primarily grown within the Murray Valley in South Australia, Victoria, and New South Wales, with the major producing regions being the Adelaide and Riverland regions of South Australia, the Sunraysia region of Victoria, and the Riverina region of New South Wales.
A wide range of almond varieties is grown in Australia. Nonpareil, which was imported from California in 1982, is the main commercial variety, accounting for over 50% of plantings, followed by Carmel, Price, Peerless, Neplus, and Fritz. The Nonpareil has the classic shape and flavor favored by all over the world. The Carmel has a more intense almond flavor. The Price almonds taste sweet and buttery, which is great to be eaten as a snack and as an ingredient.

The almond industry is one of Australia’s fastest growing horticultural industry, servicing an expanding domestic market and export markets. By 2015 the area under almond production is expected to be about 32,000 ha and estimated total kernel production, 85,000 t. Almonds have become an attractive crop for investors because the industry is highly mechanized, suited to large-scale orchards and has proven to be profitable and stable.The almond production cycle in Australia includes three phases: almond growing (farm), almond hulling and shelling, and shelled almond processing(treatment and packaging). 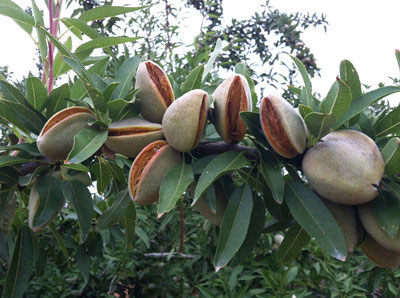 Almond kernels develop in a shell surrounded by a soft outer hull and the nuts dry in the shell before harvested. The trees take three years to bear a crop and seven to eight years to reach mature production levels with yields averaging 3.2 MT per hectare. Almond trees are dormant from May to July and start to bloom in the spring from late July to early August. During September and October, the petals fall and leaves begin to form. The fruit starts to form over spring and the hulls surrounding the shell mature and harden, which start to split over summer until the shell is visible and begins to dry out. At last the nut separates from its stem and the hull opens completely. Harvesting of almonds usually occurs during the months of February to April.
The Australian almond industry is highly mechanized and influenced heavily by Californian style machinery for both on-farm operations and almonds processing. The almonds are mechanically shaken from the tree and left to dry on the orchard ground. After 7-14 days when the kernel moisture content is lower than 6%, the almonds are collected and placed in large stockpiles for storage. Aerated storage and dehydration after collecting can help prevent mold growth and maintain the quality of almonds.

The harvested almonds are transported to a hulling and shelling facility. First, a cleaning process is adapted to remove foreign material from the almonds. Then almonds including hull, shell, and kernel are processed there to remove the hull by the almond dehulling machine to get in-shell almonds from hulls and in-shell almonds are further shelled by almond cracking & shelling machine to produce the kernel.

After hulling and shelling, the almonds are transported to the processing facilities, where they undergo a range of activities such as peeling, sorting, grading, blanching, milling, chipping, roasting, and packaging.
Australian almond sizes are represented as a number of almonds per ounce, which is consistent with international standards. The grades are Fancy, Extra Supreme, Supreme, and Manufacturing.
Almonds can be slivered by almond kernel slivering machine into strip shape, sliced by almond slicing machine into almond slices, diced by almond kernels chopping machine into small granules which are widely used in bakery food processing, such as the biscuit, candy, chocolate, cookie, etc., split, left whole or ground (meal/flour). Almond milk is now the most popular plant-based milk, with sales higher than soybean milk.

● Domestic consumption of almond in Australia 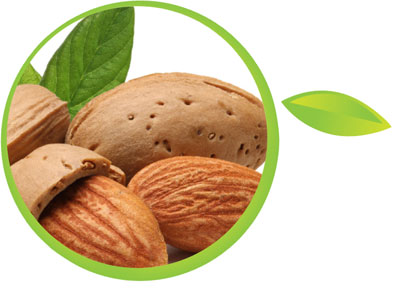 Almond is a good source of protein, vitamin E, dietary fiber and monounsaturated fat. A diet including a handful of almonds 3-4 times a week may help maintain heart health, help with weight loss, prevent diabetes, fight arthritis and cancer.
Almond is consumed in multiple ways in Australia. The kernels are consumed raw or roasted as snacks. Almond and its paste and milk are used as ingredients in breakfast cereals, snack bars, and other manufactured goods. The almonds are also widely used in home cooking and restaurant dishes. More and more people like to use the gluten-free almond meal to substitute flour in baking. From March 2014 to March 2015, 192 new products using almonds were stocked by supermarkets, compared with the second popular tree nut cashews used in 72 products.
In the past five years, Australian almonds consumption has increased by more than 50%, while global demand has doubled over the past decade. With the rising of living standards in developing countries, the expansion of the new market, and increased public awareness of almonds’ health benefits, the consumption of almonds continues to grow.

The quality of Australian almonds is highly regarded in world markets. Australia exports almonds to 50 countries, with India being the largest market. The Indian market prefers in-shell almonds which are then hand cracked. Australian product has an excellent crack-out ratio (kernel to in-shell weight), while some Indian buyers like the shape of Australian kernel. Spain and the United States were also large markets in 2014/2015, and sales to the United Arab Emirates increased significantly.

IV. How to Make Use of Almond Hulls and Shells in Australia

While almond kernel production has received so much attention in Australia, the hulls and shells, which account for 70% of the harvested weight, so far have little economic value.
In Australia, the primary use for almond hull and shell is for cattle feed. The hull and shell are sold between $0 to $35/tonne to freight companies who transport and sell the product to dairies and feedlots, the final price being much higher than that received by the almond industry.
The scope to increase the quantity sold or the value obtained is limited. Customers are often located too far away while the hull and shell have a low density, so the freight is expensive. Second, the almond hull and shell makes up only 5-10% of the animal’s diet. Demand can be especially low when other preferred feed sources are cost-competitive.
Almond hulling and shelling costs in Australia are estimated at approximately $0.30/kg, being one of the most expensive operations in the almond industry.
However, the properties of hull and shell decide that there are various other applications of the almond hull and shell, such as being used as bioenergy, biochar, compost, and so on.